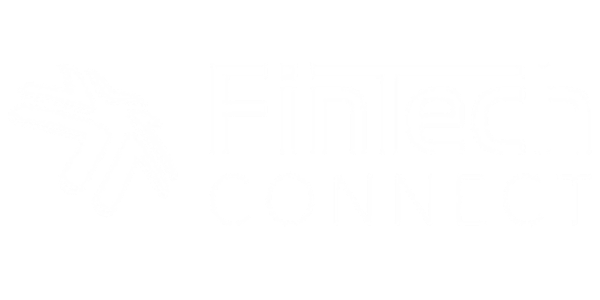 ► Consumers in China show highest level of FinTech adoption, with 69% of respondents regularly using these services
► UK leads the developed market with FinTech adoption at 42%
► Half of consumers (50%) use FinTech money transfer and payments services

Levels of financial technology (FinTech) adoption among consumers has surged globally over the past 18 months and is poised to be embraced by the mainstream, according to the latest EY FinTech Adoption Index. An average of 33% digitally active consumers across the 20 markets in the EY study now use FinTech. The study, based on 22,000 online interviews with digitally active consumers across 20 markets, shows that the emerging markets are driving much of this adoption with China, India, South Africa, Brazil and Mexico averaging 46%.

China and India in particular have seen the highest adoption rates of FinTech at 69% and 52%, respectively. FinTech firms in these countries are particularly successful at tapping into the tech-literate but financially under-served segments, according to the study. The UK has also shown significant growth, with adoption rates now standing at 42%.

The EY FinTech Adoption Index evaluates services offered by FinTech organisations under five broad categories – money transfers and payments services, financial planning, savings and investments, borrowing and insurance. It reveals that money transfers and payments services are continuing to lead the FinTech charge with adoption standing at 50% in 2017, based on the consumers that were surveyed. 88% of respondents said they anticipate using FinTech for this purpose in the future. The new services that have contributed to this upsurge include online digital-only banks and mobile phone payment at checkout.

Insurance has also made huge gains, moving from being one of the least commonly used FinTech services in 2015 to the second most popular in 2017, now standing at 24%. According to the study, this has largely been due to the expansion into technologies such as telematics and wearables (helping companies to better predict claim probability) and in particular the inclusion and growth of premium comparison sites.

Imran Gulamhuseinwala, EY Global FinTech Leader, says: “FinTechs are clearly gaining widespread traction across global markets and have achieved the early stages of mass adoption in most countries. The EY FinTech Adoption Index finds, on average, one in three consumers already consume FinTech services on a regular basis. FinTechs, particularly in the payments and insurance space, have been very successful in building on what they do best – using technology in novel ways and having a laser-like focus on the customer. It really is now a critical time for traditional financial services companies. If they haven’t already, they need to urgently reassess their business models to ensure they are able to meet their customers’ rapidly changing needs. Disruption is no longer just a risk – it is an undisputable reality.”

The demographic most likely to use FinTech are millennials – 25–34-year olds, followed by 35–44-year olds. The study revealed that people in this age range are comfortable with the technology and that they also require a wide range of financial services as they achieve milestones such as completing their education, gaining full-time employment, becoming homeowners and having children.

There is however also growing adoption among the older generations: 22% of digitally active 45–64-year olds and 15% of those over 65 said they regularly use FinTech services. The study has also identified a new segment of users, the ‘super-user’. These individuals use five or more FinTech services and account for 13% of all consumers. ‘Super-users’ generally consider FinTech firms to be their primary providers of financial services.

The EY FinTech Adoption Index says that FinTech adoption is set to increase in all 20 markets covered by the study. Based on consumers’ intention of future use, FinTech adoption could increase to an average of 52% globally. The highest proportional increases of intended use among consumers is expected in South Africa, Mexico and Singapore.

Imran Gulamhuseinwala says: “There are those who believe that FinTechs struggle to translate the innovation and great customer experience that they create into real customer adoption. The EY FinTech Adoption Index suggests that thinking is now outdated.

“FinTechs are not only becoming significant players in the financial services industry, but are also shaping its future. Their new propositions are increasingly attractive to consumers and this trend is only set to continue as awareness grows, concerns are allayed and new advancements are made. Traditional firms, who sometimes struggle to deliver the same seamless and personalised user experiences, will undoubtedly need to step up their efforts to remain competitive. I think it’s likely that we will see greater collaboration between traditional firms and FinTechs in the future.”

EY is a global leader in assurance, tax, transaction and advisory services. The insights and quality services we deliver help build trust and confidence in the capital markets and in economies the world over. We develop outstanding leaders who team to deliver on our promises to all of our stakeholders. In doing so, we play a critical role in building a better working world for our people, for our clients and for our communities.

EY refers to the global organisation, and may refer to one or more, of the member firms of Ernst & Young Global Limited, each of which is a separate legal entity. Ernst & Young Global Limited, a UK company limited by guarantee, does not provide services to clients. For more information about our organisation, please visit ey.com. This news release has been issued by EYGM Limited, a member of the global EY organisation that also does not provide any services to clients.

The study is based on over 22,000 online interviews with digitally active consumers (i.e. those who use the internet) across 20 markets – Australia, Canada, Hong Kong, Singapore, the UK, US, China, India, South Africa, Brazil, Mexico, France, Spain, Switzerland, Germany, Ireland, Japan, Netherlands, South Korea and Belgium / Luxemburg (considered as one market for this analysis). The study was conducted by EY-Sweeney.

A regular FinTech user is defined as an individual who has used two or more FinTech services in the last six months. Following the widespread interest in the first study (2015), the scope and scale of the research has expanded significantly. The 2015 study was based on 10,131 interviews with digitally active consumers across 6 markets: Australia, Canada, Hong Kong, Singapore, the UK and US.

Also reflecting the rapid growth and maturation of the FinTech industry, EY’s Adoption Index has grown from the original 10 FinTech services included in the 2015 survey to 17 types of service this year (further details in the table below). Respondents were asked only about services from non-traditional providers, and brand names of established FinTechs in each market were used to aid with comprehension. EY has also broken out one of the categories from the 2015 study, so there are now 5 categories. To stay consistent in the report, we then recalculated the 2015 results across those 5 categories.