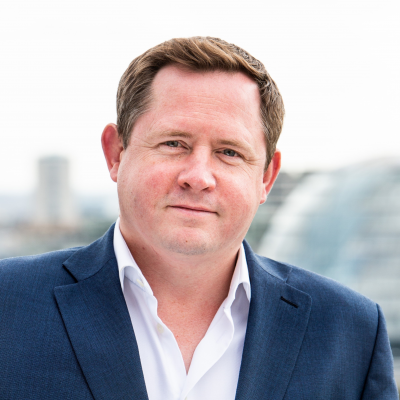 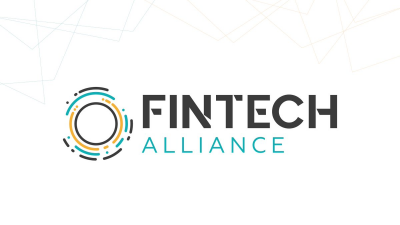 Alastair Lukies CBE is a UK businessman and entrepreneur best known as a pioneer and champion for the UK’s globally FinTech industry.

Alastair has been at the forefront of the UK’s Financial Technology industry, working with financial institutions, investors and regulators to promote collaboration and mutual benefit across the ecosystem.

Alastair is Founder & CEO of Pollinate International.  Pollinate was created in 2017 to turn the tide for the world's largest and most complex financial services institutions. Working with banks and their legacy platforms, Pollinate helps launch new services that reinvent the payments and financial services sector.

Alastair is Chair of the Fintech Alliance, a government backed multifaceted digital engagement platform launched in 2019 which aims to bring the global FinTech ecosystem together in one easily accessible digital marketplace.

In January 2014, Alastair was appointed as a Business Ambassador to the Prime Minister for the financial services industry by the UK Government, and remained so until 2019 when he moved across to join the Prime Minister’s Business Council.

In September 2015, Alastair was part of the founding team of Motive Partners, an investment firm based in London and New York focused on investing in and building the next generation of financial technology. Alastair remains the Vice-Chairman of the Global Advisory Council at Motive Partners, alongside John Thompson (Chairman, Microsoft) and Larry Summers (Former Secretary of the US Treasury).

Alastair was the inaugural Non-Executive Chairman of FinTech industry body, Innovate Finance, from its launch in August 2014 until 2017.

In 2003, Alastair founded Monitise. Three years later Monitise was recognised as a ‘Technology Pioneer’ by the World Economic Forum and in June 2007 Alastair led the company’s demerger from Morse and listing on the LSE’s AIM market. During his time as CEO, Monitise grew to a market cap of $2 billion, employing 1700 staff on four continents.

Alastair was awarded a CBE for services to mobile banking and charity in June 2014, and was named Entrepreneur of the Year at the 2011 Growing Business Awards.

Prior to conceiving, financing and successfully building Monitise, Alastair was a co-founder of epolitix.com, the portal for Westminster, Whitehall and the devolved institutions.

2:20 PM UK fintech landscape – The opportunities and challenges in a connected regional marketplace

Check out the incredible speaker line-up to see who will be joining Alastair.