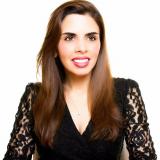 Bijna has established strategic, innovation and complex transformation successes, across the globe, for leading Financial Services firms. Bijna received a felicitation at the House of Lords (UK), at the NRI World Summit (2017) and has been recognised as one of the top 50 Visionary Young Leaders in Business, by Henley Business School (2017), one of 35 leading British business women under 35, by Management Today, Accenture and The Telegraph (2015) a Rising Star by We Are the City (2013) and has received recognition with nine further honours including the National Diversity Awards (2012) and the Asian Women of Achievement Awards (2010). Bijna has also been honoured as the International Women’s Day Young Achiever of the Year (2006). Bijna is a Fellow of the Royal Society for the encouragement of Arts, Manufactures and Commerce (RSA) and an Associate Member of Oriel College, University of Oxford. Bijna advises and advocates for a diversified portfolio of social impact, inclusion and diversity causes. Bijna is also a Business and FinTech mentor. She also undertakes speaking engagements in these subjects and most recently, has hosted the London Chief Data Office Summit (Lloyds), moderated a panel on Artificial Intelligence, to an audience from 37 countries (SAID Business School, University of Oxford) and is a Judge for the 2017 Excellence in Diversity Awards. She can be contacted via LinkedIn for engagement.

Check out the incredible speaker line-up to see who will be joining Bijna.