ABOUT THE EVENT
EXHIBITING ENQUIRY
REGISTER YOUR INTEREST 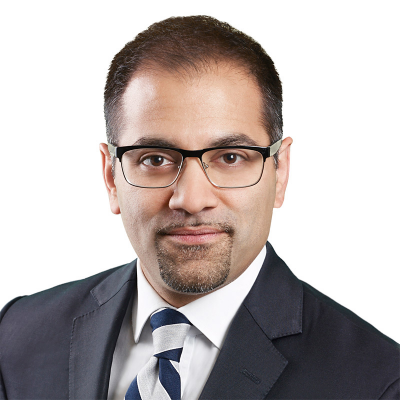 Usman Sheikh is a partner in Gowling WLG’s Toronto office.  Named in 2018 as one of the "Top 25 Most Influential Lawyers" by Canadian Lawyer and one of the top three fintech lawyers in Canada by Chambers, he serves as the National Head of the Blockchain & Smart Contract practice group and as a key leader of the firm’s Tech practice.  His practice focuses on cutting-edge artificial intelligence, FinTech and blockchain mandates.  His clients include Canada’s largest banks and stock exchanges, co-founders of Ethereum, twelve of the largest cryptocurrencies in the world as well as several FinTech pioneers.

A highly sought-after thought leader on emerging technologies, Usman has briefed the offices of several prime ministers, as well as ministers, on the disruptive power of emerging technologies, and is regularly invited to speak to business leaders and at global blockchain conferences throughout the world.  He has lectured at the International Monetary Fund (IMF) and the Monetary Authority of Singapore (MAS), co-lectured with the heads of blockchain for Nasdaq and the TMX, and has also presented to the Investment Industry Regulatory Organization of Canada, the Law Society of Ontario, the Royal Canadian Mounted Police, the Chartered Professional Accountants of Canada, and several other regulatory organizations.  In 2020, Usman is scheduled to publish The Law of Blockchain Technology (Thomson Carswell).